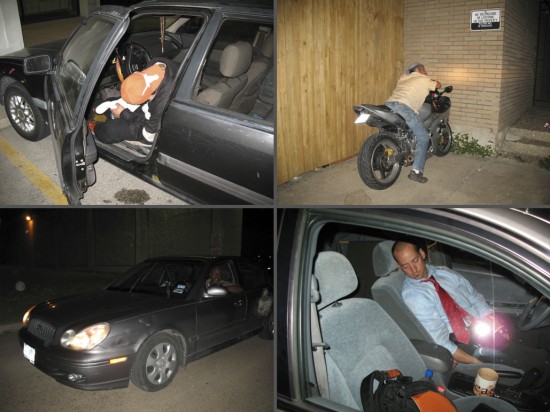 Things are not always as they appear. Sometimes the most suspicious activities aren’t the ones you’d first think.

The Perpetrator here is a long-time professional thief with a criminal record a mile long and who is actively working his next hit while the others are just drunk, or dumpster diving.

The Perp in this case is bottom left. How did we know something was wrong? They were pulling out in this shot as we were pulling in to one of our commercial properties in Dallas. There were two older men in a grey Hyundai sedan. They said they’d been checking the dumpster for anything useful. Patrol officers in Dallas see that almost every night. It seems innocent enough, but we’d seen them from the other side of the property while we were still on the road and they weren’t standing next to the dumpster.

The photo in the lineup was taken a month before the photo below of the arrest. The night of the arrest the man was walking along the property and we alerted on him because there had been several instances when he was around and things just didn’t seem right. The Dallas Police came out and talked with him, he had warrants, and there had just been a break-in on a neighboring property. We recognized him from a month ago, and told Dallas PD to look for his partner who would be driving a grey Hyundai. They found him 4 blocks away waiting, with stolen goods in the car. They had burgled one business and were setting up for another. 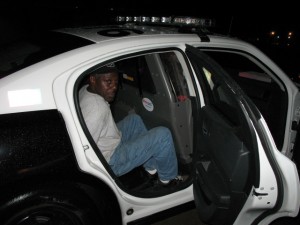